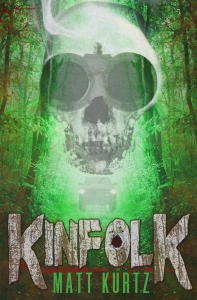 Criminal brothers Ray and Eric Kuttner pulled off what they thought was a seemingly simple score, until Ray’s innocent wife, Rachel, was brutally murdered in retaliation. Hell-bent on revenge, the brothers delivered their own merciless payback.

Three years later, something sheds new light on Rachel’s murder and it requires the brothers to drive across Texas to Oklahoma on a new mission of vengeance that’ll finally bring them closure.

After an incident forces them to take back roads to elude the cops, they get stranded along a hunting ground patrolled by a family looking for fresh meat to feed their hunger for flesh.

In a race against the clock, Ray and Eric must fight their way out of the backwoods of Texas and still make it across state lines to accomplish their plan of revenge . . . all before one very large—and pissed off—family secret is unleashed to stop them.